How to draw trend lines with Elliott Wave 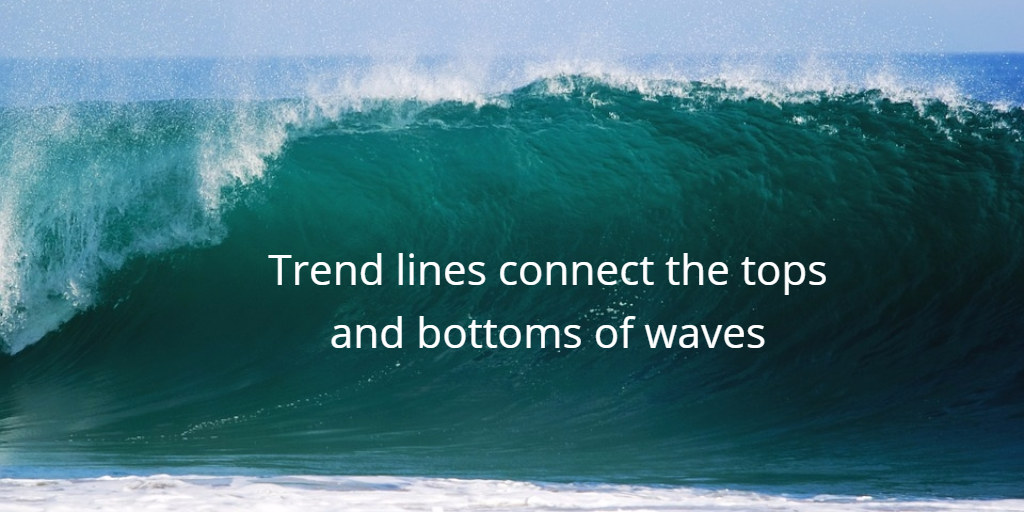 Trend lines offer a wide range of analytical trading advantages – as shown in part 1 and part 2 of our special series.

But trend lines are valuable in other ways too.

Get our Weekly Commitment of Traders Reports - See where the biggest traders (Hedge Funds and Commercial Hedgers) are positioned in the futures markets on a weekly basis.

…and they recognize where the waves are expected to finish.

By the end of this article, you will know how to correctly combine trend lines and waves.

So let’s get started.

The first step is to show you how to build a trend channel based on EW, then:

You can read more about it offline too, with our free ebook.

First of all, let’s start with two key rules for trend lines and waves.

Keep this in my mind when you scan the charts.

Once you find a stronger third swing than the previous one:

Hopefully you now have a trend channel visible on your chart and have successfully used trend lines with EW pattern.

Keep in mind that the steps might seem complicated at first:

…but risk-free practise will make it much easier.

The importance of channel

The channel offers a concrete method for finding support or resistance.

Specifically, it shows traders how to find wave 4.

As you can see below:

This technique often works well, but it occasionally has a weakness too.

…if wave 4 turns out to be lengthy consolidation zones.

To counter that problem, you:

Next forecasts with wave channels

Wave 5 marks the end of the trend and the channel.

The good news is:

…you can use more or less the same channel that helped connect waves 1 to 4.

Firstly, connect waves 2 and 4 then:

Wave 5 does have one specific danger though:

…it tends to lose momentum because the trend is almost completed.

But thankfully there is an effective countermeasure.

To avoid this danger, simply:

The third middle trend line offers a safer target spot for the completion of wave 5, than the official target at the top (bull) or bottom (bear) of the channel.

Price eventually makes a correction, even within trends.

The neat thing is that traders can also use trend lines, for estimating price corrections.

Remember, trend lines are especially formidable tools for establishing the start and finish of corrections.

Now, to understand trend line predictions – you need to know that corrections take place as:

During a zigzag correction, traders can exercise the same steps as mentioned for determining other waves – but alter by connecting different highs and lows.

During a sideways correction, traders can connect various tops and bottoms – to determine a wide range of EW chart patterns.

Please view our dedicated webinar, for a full overview of all the available patterns.

If you have already used trend lines and waves – I would love to hear about your experience in the comments below.

Source: How to draw trend lines with Elliott Wave

Admiral Markets is a leading online provider, offering trading with Forex and CFDs on stocks, indices, precious metals and energy.

The Elliott Wave Principle
– The first step in Elliott wave analysis is to identify patterns in market prices.

Investment News
← What Should You Expect to Get for Free from Your Broker?
Oil uplifted by renewed freeze deal hopes →

Risk Disclosure: Foreign Currency trading and trading on margin carries a high level of risk and can result in loss of part or all of your investment. Due to the level of risk and market volatility, Foreign Currency trading may not be suitable for all investors and you should not invest money you cannot afford to lose. Before deciding to invest in the foreign currency exchange market you should carefully consider your investment objectives, level of experience, and risk appetite. You should be aware of all the risks associated with foreign currency exchange trading, and seek advice from an independent financial advisor should you have any doubts.

All information and opinions on this website are for general informational purposes only and do not constitute investment advice.